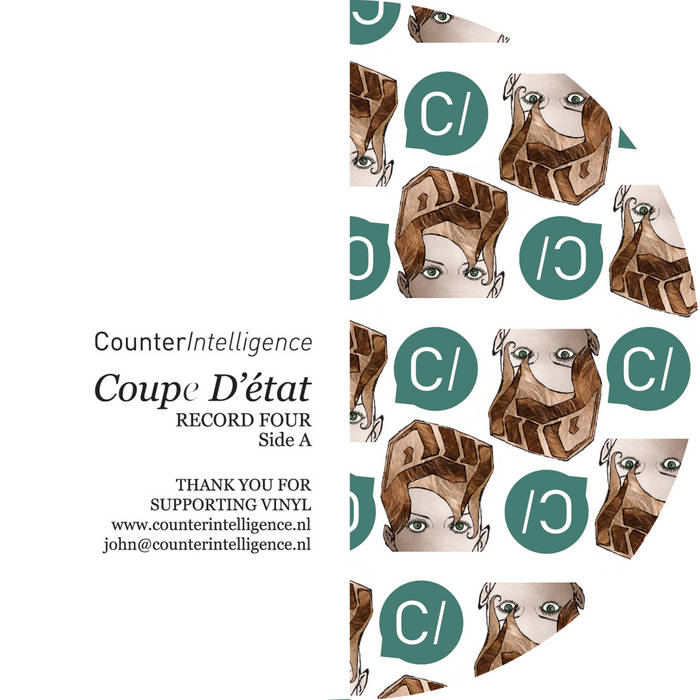 Counter Intelligence presents the next installment of left field drum & bass in the form of the label’s second album, available separately as four vinyl singles and collected in different editions with bonus items like digital downloads and even a limited edition handmade Counter Intelligence headphone bag, that's also used by several of our artists.

Entitled Coupe D’état, the title captures the meaning and intention covered by the music and artists involved in this display of the versatile sound that Counter Intelligence has come to be known for since the inception in late 2004. The label’s back catalog already comprises timeless music by Resound, Paradox, Macc, Beta 2, Alpha Omega, Pieter K, Martsman, Dissident, Equinox and Fracture & Neptune amongst others.

Selector Moldy is a name known in the drum & bass and dubstep scenes of the US East Coast for a great number of years. Hailing from Portland, Maine, Moldy has represented his dub influenced sound all across the US.

This track has Moldy's signature all over it, with snapping beats, menacing and growling subbass, topped off with a bleeping leadline, making for a top dancefloor track with a timeless sound.

Flip the record and you find proof that atmospheric D&B can sound fresh and timeless.
Materia’s ‘Metrosine’, originally coming to us under his old Hidden Lab-moniker, is deep deep deep deep.

Hauled over for a release, we originally got a working version of this track all the way back in 2004.
One of the tracks that got us putting out quality drum & bass in the first place, it’s finally being released on vinyl!

The last side on the fourth and final part of the album features Counter Intelligence regular ICR from Hungaria.
ICR has been all over people’s to-watch-lists, numerous labels and has been working on his own label ‘Misspent Music’ with success.

‘Mero Star’ is a fast paced stepper, with a revolving bass, moody strings & violas.
In the second part, synthesizer stabs and a heavily filtered Amen further flesh out the emotional roller coaster of this tune.

On the other side you find the vocally very strong ‘Less Than Three’, with live played clarinet parts offset with brassy synthesizer stabs and later an edited Amen break sneaks its way into the tune.

Are you playing this out loud too? Let us KNOW!

Counter Intelligence is based out of Tilburg - the Netherlands.

We are breakbeat-oriented with influences ranging from atmospherics to electro, ragga to techno. All keeping the dance floor in mind but not avoiding experimentation.

We aim to bring musical diversity back into drum&bass and found inspiration in groundbreaking labels like Certificate 18, Droppin' Science, Partisan and Reinforced. ... more